The makers of Street Dancer 3D had released a new track ‘Dua Karo’ from the dance drama.

The song penned by Priya Saraiya, features actor Varun Dhawan in a grey mood, who plays the lead in the film. The startling blend of a Punjabi rap artist, Bohemia with the soulful voice of Arijit Singh makes the track quite diverse in itself.

On January 9, Varun shared a video of the song on his official Instagram page.

He captioned it “My most favourite song from #streetdancer3d.@jigarsaraiya @soulfulsachin I loveee this one thank u @iambohemia and #arjitsingh for ur voice and mainly @punitjpathakofficial our second song after chunar. Thank u @remodsouza sir for this opportunity and for keeping me calm and pure. @kuldeepshashi thank u sir and @bhushankumar for making sure we have this sound.”

Within 24 hours of its release, the number has hit 18m+ views on Youtube. Varun’s jaw-dropping moves in the pulse-stirring hit are grabbing eyeballs. The October star is overwhelmed with the positive response and has shared his delight on his Instagram stories. 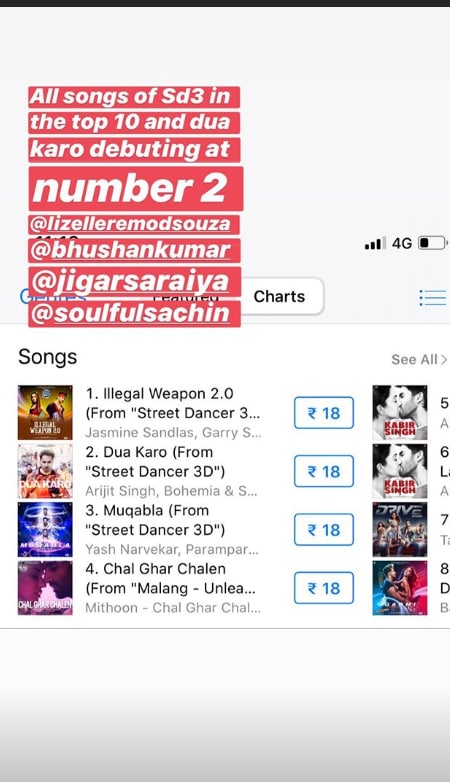 All the tracks released till date from Street Dancer 3D, have been capping the chartbusters. After Prabhudeva’s sensational, Muqabla revamp and Nora Fatehi’s Garmi, it’s the Dua Karo track on its journey to the top.

Street Dancer 3D is helmed by choreographer Remo D’Souza, who also directed the successful prequels, titled ABCD and ABCD 2. The Varun-Shraddha starrer is scheduled to hit the cinemas on January 24.

Sex Tech Turned On The Fun in Las Vegas, But Are We Getting Prematurely Excited?